Things went off the rails for a while as I injured my back slightly and sitting at a computer (or indeed doing anything much at all) became something of a jaggedy pain for several weeks. Not fun.

Managed to get some stuff done amidst the ensuing doldrums.

There was no Achtung Cthulhu since the last episode I mentioned. There should be plenty more to come though, as the scenario we have embarked on is rather long and we have barely scratched the Italianate marble surface.

The game that was called Mortal is now called Decadence and there’s even character sheets. The rules continue to coalesce around the essential everything-off-one-die-roll and pride-is-key central concepts. I ran a session of the game set in a different (earlier) time period to the ‘Russia 1917’ first outing, and it featured a lot more combat, which enabled much discussion and resolution about how the nitty-gritty of vampires fighting mere humans should work.

The return to OSR gaming finally happened, with a week of character creation and background detail, and then it was off to Dolmenwood to see the sights and try and avoid getting instantly killed by something horrible.

In terms of rules my character is an Elf (which I chose for the fighter/magic user vibe), but in terms of the campaign he’s the son of a human and a demon; a cambion, as they’re traditionally known. I played one before, but that was in a different kind of game and very long time ago.

Speaking of games of the past, my nostalgia purchases have, I think, finally peaked with the acquisition of a copy of the ‘pink’ variant of Basic D&D from 1981. It was much as I remember it. 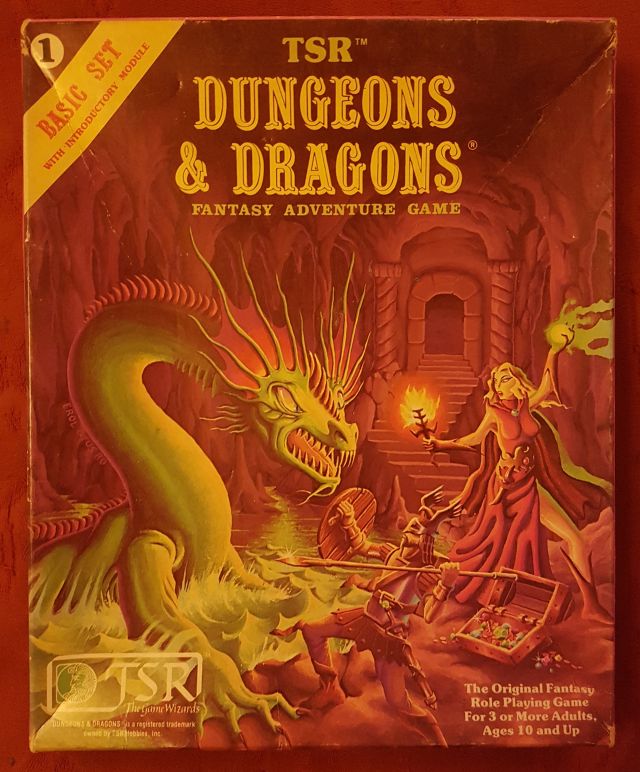 How games used to be. Boxy.

This was the first role-playing game I ever owned, and I played just a few sessions as DM before very quickly abandoning this to play AD&D instead.

I still have a soft-spot for The Keep on the Borderlands module though. 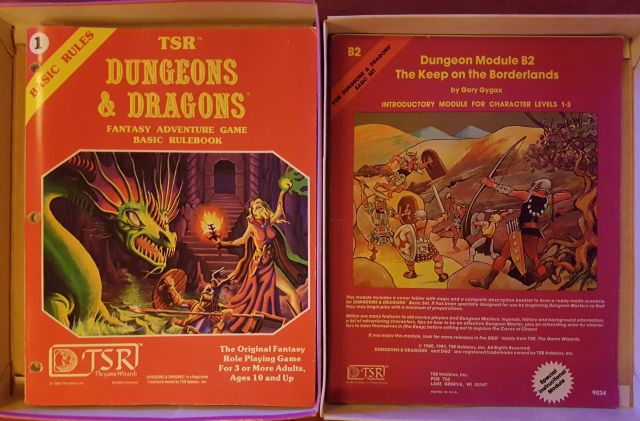 Still working on RIME. And getting  short stories rejected on a regular basis, yay. But I’m still writing and continue to send them out.

I even got a rejection for a Future Shock pitch to 2000AD. Which at least included some feedback about what they didn’t like about it.

On a brighter note, I’ve got a novella to finish for a shared-world thing, which is a prequel to an already accepted short story. I’m still waiting to hear from Black Library and no news is good news, right? I’ve had a couple of short scripts accepted for a local comic magazine and they’ll be appearing at some point.

Even more positive: a new comic called SPLANK! was released last week and has a story by me included. More on that next time.