Question 21: Which RPG does the most with the least words?

The original Recon game from RPG, Inc was about forty pages long iirc, and that certainly seemed to pack a lot in to very little. 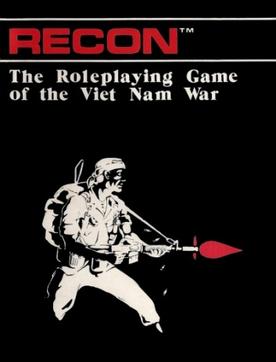 I get the impression/seem to remember that a most of the early stuff had a very low (initial) page count, and that later editions seem to sprawl a little bit more – extra system, more background, general mission creep.

Also worth considering there’s all that short-cut/kind of cheating stuff where the players are bringing a lot to the game themselves: Fiasco, for example, or Apocalypse World, in which you’re basically building the world and situation as you go along.

And then there’s things like Doctor Who or Star Trek where the players already have the scene set in their head. 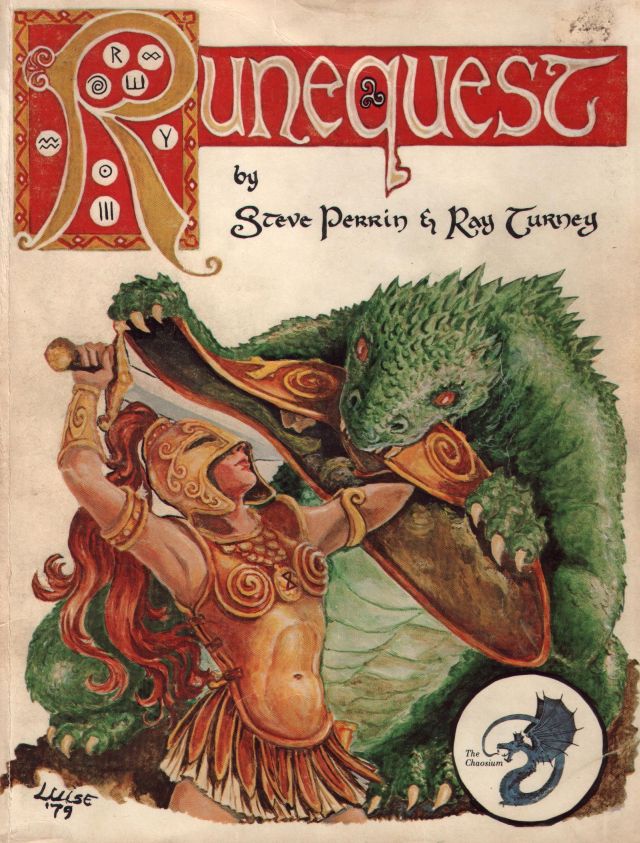 Only one-hundred-thirty pages, and that’s character generation, all the system stuff you might require, lists of weapons, equipment, random encounter & treasure tables galore, plus a few maps to set the scene. Granted there’s a lot of detail and nuance missing, but plenty to get you started, I think.

Question 22: Which RPGs are the easiest for you to run?

In terms of system, I prefer rolling percentile dice, although I also quite like the idea of the Apocalypse World set-up where the GM doesn’t have to roll anything at all.

The first supers game I ran was back in the mid-1990s, and I’ve run endless iterations since then. There will be more in the future. I find it such an easy groove to get back into. Years of reading Le carre and Len Deighton, I guess, all mixed up with four-colour comics and super-agent TV shows like The Champions and Sapphire & Steel. Not to mention more serious stuff such as Callan, XYY Man and Sandbaggers.

Question 23: Which RPG has the most jaw-dropping layout?

I’ve seen some that are jaw-droppingly bad, but I’ll not mention any names.

Question 24: Share a PWYW publisher who should be charging more.

They all should, but people don’t seem to place the same value on the amount of effort required to create and publish rpgs these days.

Question 25: What is the best way to thank your GM?

Show up, get involved, don’t be a tool.

Suspend your disbelief to a certain extent – I mean, yeah, maybe these three or four people wouldn’t band together to do This Particular Thing, but let’s just agree to the (let’s call it a) gaming contract that says the characters will stay in the scenario rather than running off to open an Irish tapas bar in Copenhagen.

Question 26: Which RPG provides the most useful resources?

All of the games by Kevin Crawford are fantastic resources.

I’ve found that Stars Without Number and Silent Legions in particular are great for making up entire pantheons of gods or creating interstellar empires completely on the fly. Roll some dice, look at the relevant table, make a note, roll on another table for a random name. Or in the case of mythos building, roll for a random string of consonants/vowels/clicks & whistles.

Question 27: What are your essential tools for gaming?

Some engaged people, sturdy chairs, and a suitable table for rolling dice, setting out maps etc. There have been times when we’ve gamed whilst lounging in/on very comfortable furniture, but I don’t think that sets the right tone. I think you need to be in a semi-circle around the GM, focusing on the task at hand.

Question 28: What film/series is the biggest source of quotes in your group?

I can’t think of anything specific. Which is odd, because there’s probably something. Or maybe it is always just a roiling eclectic mix of this, that and the other; coupled with new material and whatever in-jokes have bubbled to the surface this time.

Question 29: What has been the best-run RPG Kickstarter you have backed?

The Tales from the Loop Kickstarter went pretty well, aside from a minor delivery issue that was quickly corrected.